The invention of the immobile steam engine was an important initial phase of the Industrial Revolution. The world had been gradually becoming industrialized before the advent of the steam engine, but when it was invented, the progress of the industrial revolution became much significant and quicker. 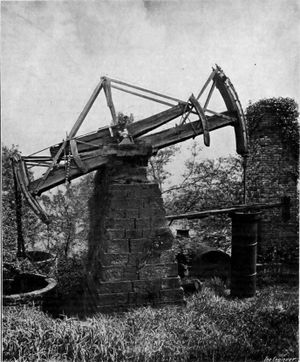 The Coming of the Miner’s Friend

Before 1698, human labor, horse muscle and water power were normal ways of doing all sorts of work in coal and iron mines. Savery’s engine called the ‘Miner’s Friend,’ came as a great relief to the mining industry and with it, water could be pumped from coal and iron mines much easily. The steam pressure from the engine forced water up through an outlet pipe. It speeded up the mining process. A modern industrial age had begun.

Mechanization of the Textile Industry

Many innovations and models of the steam engine kept surfacing and improving the industrial revolution until 1773 when James Watt and British industrialist Matthew Boulton produced the double-acting steam engine and the governor (a device for controlling the movement of steam into the engine). Their innovated steam-operated spinning machines, making them faster and able to produce vast quantities of yarn. So, one of the answers to the question; Why was the steam engine important to the industrial revolution, is that with steam power, cheaper, more and better quality products were produced.

Steam power also helped to simplify, speed up and improve iron-making. Steam engines were a more superior way of pumping air into furnaces. They pumped increased air and had the highest temperature ever. It was a successful take-over of the iron-making by the steam engine, especially with the installation of, over 500 of Watt’s engines. By 1800, over 500 of Watt’s engines got installed in furnaces around Britain and iron-making became much easier.

Revolutionizing of the Transport Industry

Another industry that steam power revolutionized was the locomotive industry which played a giant role in the industrial revolution via transportation. When the steam engine was installed in railways, its full potential became evident, since the railway became an efficient mode of transportation. The United States pioneered shipping and produced a passenger steamship in 1807, and that brought in a new age in water transport.

Many other areas of the industry also experienced the benefits of the steam engine and such included paper mills, cotton mills, breweries, and potteries until after 1782. Apart from making it possible for large quantities of goods and thousands of passengers to travel long distances using a shorter time, the advent of the steam engine also revolutionized the world of manufacturing from muscle to machines. That helped to increase the quality, quantity, efficiency, and affordability of the goods produced.